I recently bought a new F-150 truck from Ford. I personally hate car dealerships and think they are pretty dishonest/shady establishments so I share my story and suggestions to try and help you save some money. I also bought a new Minivan from Honda earlier in 2016 (Click the link to be taken to that post).

Ford has a standard $500 Military Discount (keep reading on how to get $1000). The discount is available to the follow personnel:

To get your $500 certificate, you go to https://www.fordsalutesthosewhoserve.com and print out a certificate which you bring to the dealership with your military ID

There is also a $1000 and $750 discount that are occasionally offered. In the last 6 months, Ford has sent me the $1000 offer twice. The key to qualify for this offer is be patient or to register for the standard $500 offer, typically within 2-3 months they will send you a personal increased offer. I think it is a way to incentivize you to come back and buy their car incase you forgot about them. No matter the reason, its an extra $500 in your pocket above the standard offer.

I wrote about my personal experience and all the discounts I was able to get applied on a F150 Forum. Here is the link for full details. I ended up getting about $12,000 below MRSP using various discounts. It also describes how to get a better auto loan quote. I wouldn't settle for the first offer you get. USAA originally quoted me 3.5% then I got a better rate and asked them to beat it and they counter-offered 1.87% (HALF the original offer)! 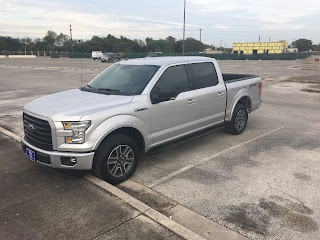 Best Strategy
I was able to get my F-150 at a great deal. Here are a couple of suggestions.