I just got off the phone with my brother who is a physician in the Army. He had just bought a new car and after talking about all the new cool specs in it we got to talking about how low auto car loan rates are right now. So I thought I write a quick summary about the rates in case anyone is buying a car in the near future and hopefully it will save you some time 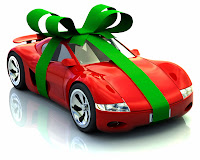 Lets compare each of these banks by Used vs. New car loan rates (remember however that these rates also can be higher depending upon your credit score)


OVERALL VERDICT FOR USED CARS - Pentagon Federal. They keep it simple too. I like how its the same rate no matter how much the loan is for or no matter how long the loan period is.


My Personal Experience
I bought a used 2009 Hyundai accent in June for $6500. I had the cash on hand to buy it but I figured it would be smart to get a car loan to build my credit and just invest the loan money. The rate I received at the time was 1.99% for all used cars for PenFed. I took out a 3 year car loan for $7000. With the 1.99% APR, I will have paid $7,225.40 buy the end of the three years. To me this was a no brainer because I could put that $7000 away and invest it earning 10% in one year and thus already paying off the $225.40 interest from all three years of the loan. And like I said before I am using it as an opportunity to build my credit also.