Lets look at the best benefits of each one 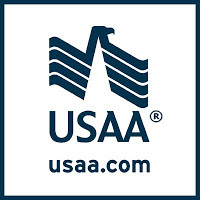 USAA has several great benefits. Some of my favorite include the lowest car insurance! My wife and I have had one car for the last 2 years and our 6 month premium is usually around $180. Thats only $30/month. Now that we just bought another car it doubles it to about $350/every 6 months

They gave us over $125 in discounts including payment history, length of membership, military service (see image below) 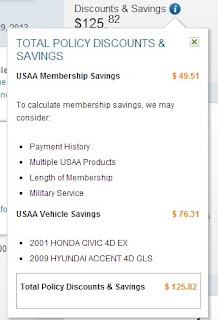 They are great with deployment, etc and decreasing your rate so you are not paying for a car sitting in a garage also.

Another great feature that USAA is up to $15 in ATM fees are reimbursed each month.

Their credit cards give anywhere from 1-2% cash back. Occasionally they have offers where they will give an additional 5% back on gas which adds ontop of base earning so you get a 7% cash back at the gas pump!!

I do my investments through USAA also. Their mutual funds have an average expense ratio and it costs about $8 per trade

Get a Quote from USAA Today 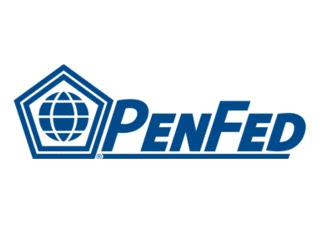 Pentagon Federal CU (PenFed) has become one of my favorite banks!

I joined about a year ago. It normally costs about $20 to join but military can join for free!

I love my PenFed CC's because they give such great rewards. Here are the 2 cards that I have:


The last reason why I love PenFed is how low their auto loan rates are. They have a flat 1.79% for new cars and 1.99% for used cars. It even gets as low as 0.79% when using their car buying service.

I applied for a used car loan at 2 other banks inlcluding USAA and the lowest any of them offered me was 4.99%.